Join the library for a new lecture and conversation series "The Public Square" at the Martin Luther King Jr. Memorial Library."

The Martin Luther King Jr. Memorial Library is excited to continue its tradition of being a center for community engagement by inviting leaders, innovators, and the public to talk about the next phase of their work or scholarship. On Wednesday, Jan. 18, writer, author, educator and dean of the Columbia Journalism School Jelani Cobb joins Washington Post journalist Keith Alexander to talk about the intersection of race and culture and how our future will be determined by how we grapple with our history.

Dr. Cobb recommends checking out these titles for the conversation!

Check out more of Dr. Cobb's work with your DC Public Library card. 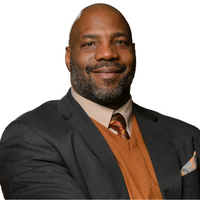 A long-time writer for The New Yorker, and editor of its recent anthology collection The Matter of Black Lives, Cobbs work is described as having the “rigor and depth of a professional historian with the alertness of a reporter, the liberal passion of an engaged public intellectual, and the literary flair of a fine writer.”

Against the backdrop of a pandemic that disproportionately affects Black people, and a renewed push for racial justice, historian and Peabody Award-winning journalist Jelani Cobb emerges as a clear voice in the fight for a better America. A PBS Frontline correspondent for two critically acclaimed documentaries—Policing the Police and Whose Vote Counts—Cobb explores the enormous complexities of race and inequality, while offering guidance and hope for the future. A long-time writer for The New Yorker, and editor of its recent anthology collection The Matter of Black Lives, Cobb’s work is described as having the “rigor and depth of a professional historian with the alertness of a reporter, the liberal passion of an engaged public intellectual, and the literary flair of a fine writer.” (Lavin Agency)

He recently co-edited The Matter of Black Lives, a collection of The New Yorker’s most ground-breaking writing on Black history and culture in America, featuring the work of legendary writers like James Baldwin and Toni Morrison. Publishers Weekly writes, “Beyond the stellar prose, what unites these pieces, which range widely in length, tone, and point of view, is James Baldwin’s insight, paraphrased by Jelani Cobb, that ‘the American future is precisely as bright or as dark as our capacity to grapple with [the legacy of racism].’” Cobb also edited and wrote a new introduction for The Kerner Commission—a historic study of American racism and police violence originally published in 1967—helping to contextualize it for a new generation. The condensed version of the report, called The Essential Kerner Commision Report, is described as an “essential resource for understanding what Cobb calls the ‘chronic national predicament’ of racial unrest” (Publishers Weekly).

During a historic election in the midst of a global pandemic, Cobb investigated allegations of voter fraud and disenfranchisement as a PSB Frontline correspondent in the documentary Whose Vote Counts, revealing how these unfounded claims entered the political mainstream. He clearly presents how racial inequities, COVID-19, and voter suppression became interlinked crises, contributing to a long legacy of inequality. For tackling one of the key issues at the heart of modern U.S. politics and carefully elucidating what the fight for voting rights looks like in the 21st century, Whose Vote Counts received a Peabody Award. Cobb was also the correspondent for the Frontline documentary Policing the Police, where he examined whether police reform is a viable solution in the wake of mounting protests calling for racial justice, and explored how we can hold police departments accountable. Previously, Cobb was prominently featured in Ava Duvernay’s 13th, her Oscar-nominated documentary about the current mass incarceration of Black Americans, which traces the subject to its historical origins in the Thirteenth Amendment.

Cobb is the recipient of the Hillman Prize for opinion and analysis journalism, as well as the Walter Bernstein Award from the Writers Guild of America for his investigative work on Policing the Police. He is the author of Substance of Hope: Barack Obama and the Paradox of Progress, and To the Break of Dawn: A Freestyle on the Hip Hop Aesthetic. He was appointed the Dean of Columbia Journalism School in 2022. 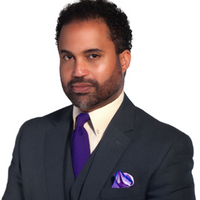 Keith L. Alexander is a two-time Pulitzer Prize-winning, D.C. crime and courts reporter for The Washington Post. At The Post, Alexander covers some of the District’s most heinous murder cases and challenging legal issues. In 2022, Alexander was part of a team of Washington Post reporters and photographers who won the Pulitzer Prize for covering the January 6, 2021, deadly insurrection at the Capitol. In 2015, Alexander was part of the team of Post journalists who examined fatal police shootings across the nation. The unprecedented investigation won numerous coveted journalism awards, including the Pulitzer Prize for National Reporting the following year. Alexander is also the co-host of the 2022-2023 TV One network documentary crime series “Fatal Attraction: Last Words.”

Alexander has covered such national noteworthy murder cases as the most recent South Capitol Street mass murders in 2010, the 2010 trial of slain federal intern Chandra Levy and the trial of Banita Jacks, the Washington woman convicted in 2009 of killing her four young daughters. Alexander also covered the murder trial in the 2015 slayings of three members of a wealthy Northwest Washington family and their housekeeper, also known as the Mansion Murders.

In June 2022, Alexander was part of the highly-rated Netflix docuseries “Web of Make Believe: Death, Lies and the Internet” about the murder of Seth Rich, an employee with the Democratic National Committee. In March 2020, Alexander was one of a half-dozen journalists featured in a 90-minute HBO documentary, which later aired on CNN, called “After Truth: Disinformation and the Cost of Fake News.” The documentary examined the proliferation of so-called fake news and its impact on the journalism industry. Alexander’s coverage of two violent, criminal stories in the nation’s capital were highlighted.

Alexander is a graduate of Howard University in Washington, D.C. where he majored in journalism. The Homestead, Pennsylvania native is also a regular on criminal documentary shows airing on Oxygen, Discovery Channel and TV One. In 2020, Alexander began serving as editorial advisor to Howard University’s student newspaper, The Hilltop, where Alexander is working and training university’s journalism major.

He is also a three-time winner of the National Association of Black Journalists’ annual writing awards for various profiles including Black billionaire Robert F. Smith, gospel music legend Richard Smallwood and his struggle with depression and his profile of two black male entrepreneurs that was part of the Post’s 2006 ground-breaking series “Being a Black Man.”