Let the World See: Emmett Till and the Media

Produced in coordination with the opening of the DC Public Library Special Exhibition “Emmett Till and Mamie Till-Mobley: Let the World See”

We are honored to also host author and cousin of Emmett Till, Reverend Wheeler Parker Jr., who traveled with Emmett from Chicago to Mississippi. He will deliver a keynote address followed by a panel discussion featuring Ayesha Racsoe, Denise Rolard Barnes and David Johns. 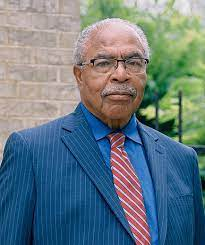 Wheeler Parker Jr. is the first child born to Hallie and Wheeler Parker in 1939 in Slaughter Mississippi. In 1947 the Parker family relocated to Summit with the hope of providing better living conditions and a better education for their children.

Wheeler returned to Mississippi with his grandfather, Moses Wright during the summer of 1955. Traveling with him was his 14-year-old cousin Emmett Till. The events of that week changed his life forever. The incident at the store in Money; the night of terror when Emmett was taken from the home and murdered, and his return to Chicago alone and in constant fear for his own life, still causes him to tremble and weep. He always believed he would see Emmett again, not being able to accept that the horrific corpse returned to Chicago was Emmett, and he was able to cope by believing he was not dead. Wheeler is a survivor of this event that sparked the civil rights movement. He travels across the country speaking at Schools and Universities, telling his story of that night of terror and his survival. He challenges young people to be the catalyst for change and make a difference.

Wheeler returned to Summit and completed his education in the Summit school system and graduated from ACHS in 1958. He enjoyed playing the drums in the marching band and playing percussion in the orchestra, basketball and football, and was a member of the track team. He attended Molar Barber College and graduated in 1959. A Graduate of the School of Modern Photography, he has attended Moraine Valley Community College, C. H. Mason Theological Bible School, Global University, and the Chicago Academy of Fine Arts. He also served two years in the US Army as a Medical Specialists.

Elder Wheeler Parker Jr. accepted his call to the ministry in 1977, ordained a Minister in 1978; he served as an Associate Minister, was appointed Assistant Pastor in 1992, and appointed Pastor of Argo Temple December 5th, 1993. For his outstanding contribution to the youth in the community, the Summit Park District dedicated its basketball court to him in 1992. Also honored as Citizen of the Year, by the Summit Chamber of Commerce in 1992, for his work in organizing the Summit Community Task Force, an Inter- Faith nonprofit community based organization; where he served as Chairman of the Board of Directors for ten years. 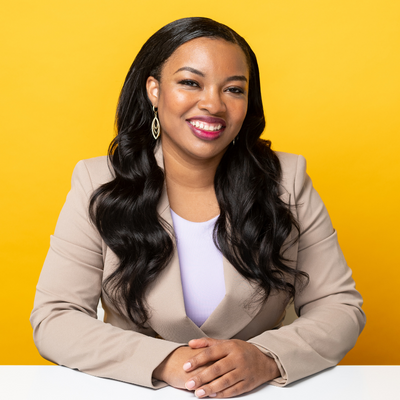 Ayesha Rascoe is the host of Weekend Edition Sunday and the Saturday episodes of Up First. As host of the morning news magazine, she interviews news makers, entertainers, politicians and more about the stories that everyone is talking about or that everyone should be talking about.

Known for her southern roots and signature wit, Rascoe has been a mainstay on NPR's programs since joining the outlet in 2018.

Prior to her role as host, Rascoe was a White House Correspondent. She covered three presidential administrations, gaining a reputation for her sharp questioning in the White House briefing room. Rascoe's reporting included a number of high profile foreign trips, including President Trump's 2019 summit with North Korean leader Kim Jong Un in Hanoi, Vietnam, and President Obama's final NATO summit in Warsaw, Poland in 2016. As a part of the White House team, she was also a regular on the NPR Politics Podcast.

She's also guest hosted NPR's It's Been a Minute podcast and radio show and been a frequent guest on Pop Culture Happy Hour.

Before joining NPR, Rascoe spent the first decade of her career at Reuters, rising from a news assistant to an energy reporter to eventually covering the White House. While at Reuters, Rascoe covered some of the biggest energy and environmental stories of the past decade, including the 2010 BP oil spill and the U.S. response to the Fukushima nuclear crisis in 2011. She also spent a year covering energy legal issues and court cases.

She graduated from Howard University in 2007 with a B.A. in journalism. 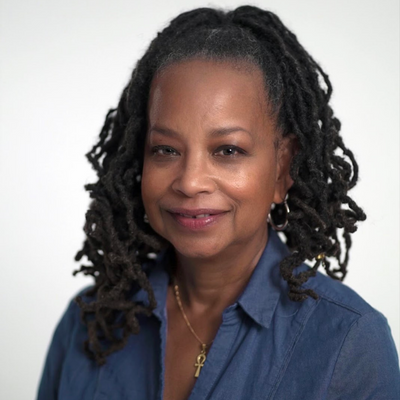 Denise Rolark Barnes is the publisher and second-generation owner of The Washington Informer, succeeding her father, the late Dr. Calvin W. Rolark, who founded the newspaper in 1964.

Rolark Barnes Rolark Barnes is past chair National Newspaper Publishers Association – the Black Press of America. She serves on the boards of several local non-profit, community and municipal organizations, including the Washington Convention and Sports Authority (Events DC), the DC Martin Luther King Holiday Commission, National Newspaper Publishers Association Fund, the Maryland, Delaware, DC Press Association, and the
Association for the Study of African American Life and History, and the Pan African Collective. She is also a member of Leadership Greater Washington, as well as an inductee in the D.C. Hall of Fame.

She is a native Washingtonian and a Ward 8 resident. She is married and the mother of two adult sons. 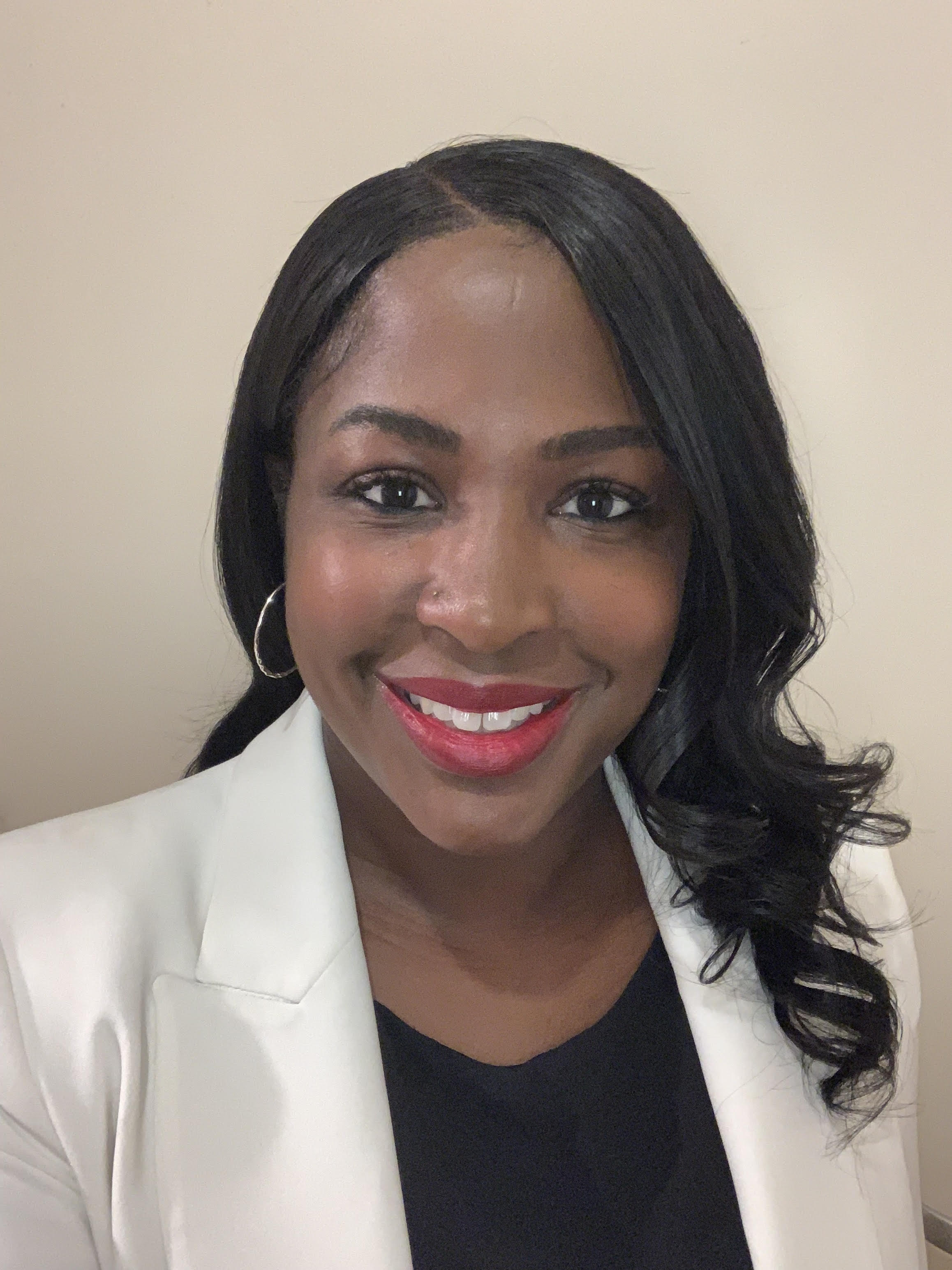 Dr. Amber A. Hewitt, is the Chief Equity Officer for the Government of the District of Columbia and the Director of the Mayor’s Office of Racial Equity. In this role, Amber advises Mayor Bowser on policy decisions and works in collaboration with District leadership and agencies to apply a racial equity lens across government operations. In 2018, she was appointed by Mayor Bowser to the Commission on Fathers, Men, and Boys. Dr. Hewitt has also served as a Director of Health Equity for a national health advocacy organization and health policy fellow in the Office of US Senator Cory Booker. Dr. Hewitt began her career as a tenure-track professor teaching undergraduate and doctorate-level courses in counseling psychology and social justice at the University of Akron and Loyola University Chicago. 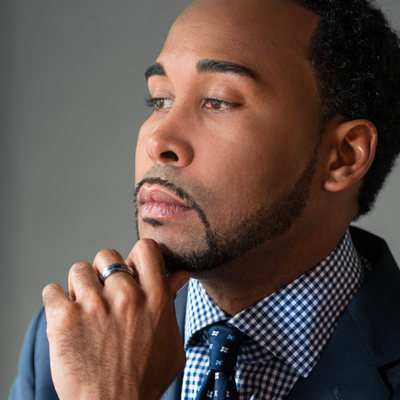 David J. Johns is known for his passion, public policy acumen and fierce advocacy for youth. He is an enthusiast about equity—leveraging his time, talent and treasures to address the needs of individuals and communities often neglected and ignored. A recognized thought leader and social justice champion, David’s career has focused on improving life outcomes and opportunities for Black people.

On September 1, 2017, David Johns began his next life chapter as the executive director of the National Black Justice Coalition (NBJC)—a civil rights organization dedicated to the empowerment of Black lesbian, gay, bisexual, transgender and queer (LGBTQ) people, including people living with HIV/AIDS. NBJC’s mission is to end racism, homophobia, and LGBTQ bias and stigma.

In 2013, Johns was appointed as the first executive director of the White House Initiative on Educational Excellence for African Americans (Initiative) by President Barack H. Obama and served until the last day of the Obama Administration in January 2017. The Initiative worked across federal agencies and with partners and communities nationwide to produce a more effective continuum of education and workforce development programs for African American students of all ages. Under his leadership, the Initiative studied the experiences of students—leveraged a partnership with Johnson Publishing Company (EBONY Magazine) to produce a series of African American Educational Summits (AfAmEdSummits) at college campuses throughout the country, where the only experts who sat in front of the White House seal were students as young as elementary school. The recommendations that students made at AfAmEdSummits have been used to improve policies, programs and practices, including curriculum, designed to ensure that students thrive—both in school and in life.

Prior to his White House appointment, Johns was a senior education policy advisor to the Senate Committee on Health, Education, Labor and Pensions (HELP) under the leadership of U.S. Senator Tom Harkin (D-Iowa). Before working for the Senate HELP Committee, Johns served under the leadership of the late U.S. Senator Ted Kennedy (D-MA). Johns also was a Congressional Black Caucus Foundation Fellow in the office of Congressman Charles Rangel (D-NY). Johns has worked on issues affecting low-income and minority students, neglected youth, early childhood education, and Historically Black Colleges and Universities (HBCUs). His research as an Andrew W. Mellon Fellow served as a catalyst to identify, disrupt and supplant negative perceptions of black males—both within academia and society. Johns is committed to volunteer services and maintains an active commitment to improve literacy among adolescent minority males.

Johns has been featured as an influential politico and advocate by several publications and outlets, including TheRoot.com, NBC, EBONY and The Washington Post.  Johns is a prominent strategist who offers commentary for several media outlets including BET, CNN, EducationPost and TV One. 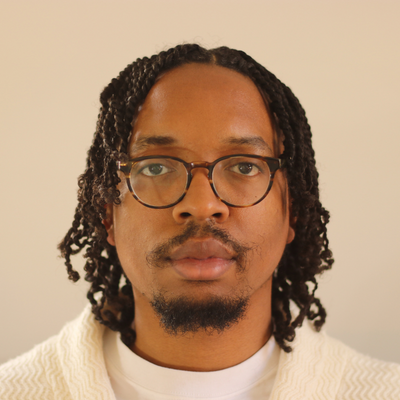 Vann R. Newkirk II is a senior editor at The Atlantic, and the host and co-creator of the Peabody Award-winning Floodlines, a narrative podcast about Hurricane Katrina and its aftermath. For years, Newkirk has covered voting rights, democracy, and environmental justice, with a focus on how race and class shape the country's and the world's fundamental structures. Vann is a 2022 Andrew Carnegie fellow, and was a 2020 James Beard Award Finalist, a 2020 11th Hour Fellow at New America, and a 2018 recipient of the American Society of Magazine Editors's ASME Next Award.