For part two of the series, we are excited to invite social justice activist, author, and writer, Brittany Packnett Cunningham who will be in conversation with educator, author, playwright and director Soyica Colbert.

Together they will be unpacking where we are in 2023 as we stare down the oppression that has risen up in backlash to the progress that we have made. Every day we are faced with headlines about police brutality against the Black community, violent rhetoric toward members of the LGBTQIA+ community, attempts at censorship in our schools and so much more. To put it simply, many of us are exhausted.

When we are tired, it is easy to rely on those that have come before us, knowing that they will continue to put themselves out there to stand up for what is right. However, the reality is that oppression requires a response from all of us. Now is the time to think about what long-term resistance looks like for each and every one of us. How do we bring resistance home - literally? 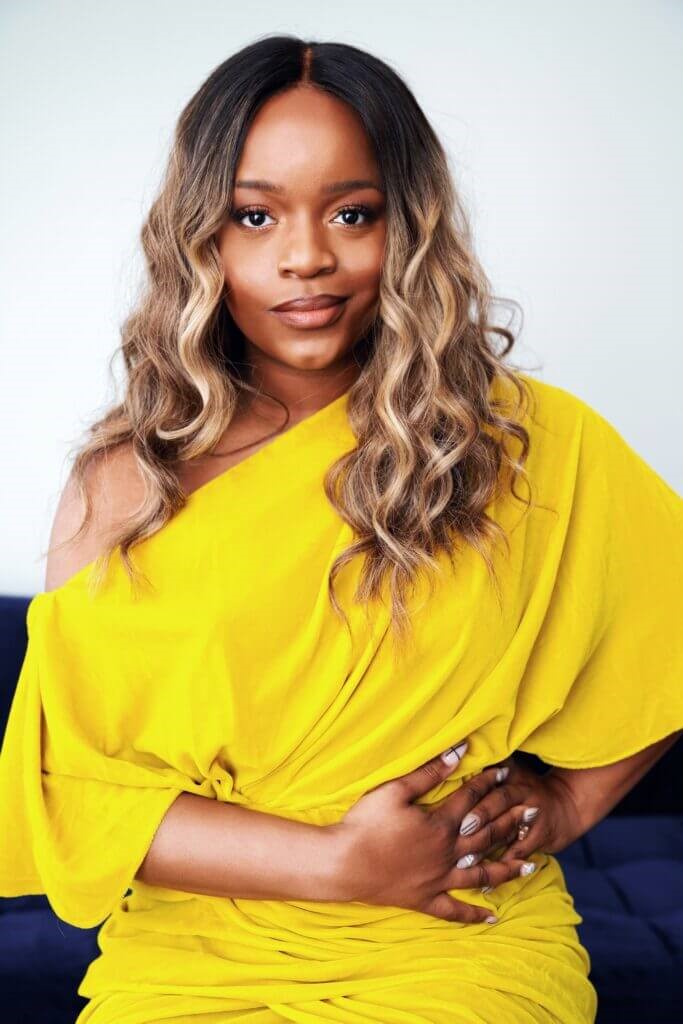 Brittany Packnett Cunningham is a social justice activist, educator and writer. Leading at the intersection of culture and justice, she builds platforms to activate everyday people to take transformative action for justice. She is an NBC News and MSNBC contributor and host of UNDISTRACTED, an intersectional news and social justice podcast. She is the former co-host of iHeart Radio’s Best Political Podcast of 2019, Pod Save The People. She is the founder and principal of Love & Power Works, a full-service social impact and equity agency.

Brittany is a former elementary teacher, education executive, and policy advisor. In the past, Brittany held top roles at Teach For America, was a Congressional policy advisor, and a 3-time fellow at Harvard’s Institute of Politics, leveraging her broad skill set on wide-ranging justice issues from public education to racial justice. Brittany was a member of President Obama’s 21st Century Policing Task Force and the Ferguson Commission, helping lead the country and her community through change during tumult.

Brittany graced the covers of British Vogue and Essence Magazine, been listed as one of Time’s 12 New Faces of Black Leadership, and has been honored by BET, Politico Magazine, Marie Claire, The Trayvon Martin Foundation, Higher Heights and more. She serves on the Gucci Changemakers Council and lives with her husband in Washington, DC.

Soyica Diggs Colbert is the Idol Family Professor of African American Studies and Performing Arts at Georgetown University. Colbert’s most recent book, Radical Vision, a “loving, lavishly detailed” (New York Times) and captivating portrait of Lorraine Hansberry’s life, art, and political activism—one of O Magazine's best books of April 2021 is also described as "A devoted and deeply felt account of the development of an artist’s mind," according to Dave Itzkoff, New York Times Book Review. In this acclaimed biography of Lorraine Hansberry, Colbert narrates a life at the intersection of art and politics, arguing that for Hansberry the theater operated as a rehearsal room for her political and intellectual work. She has held fellowships from the National Endowment for the Humanities to support a residency at the Schomburg Center, Woodrow Wilson Foundation, Stanford University, Mellon Foundation, and the Robert W. Woodruff Library at Emory University. Colbert has also lectured nationally and internationally at universities, high schools, and middle schools as well as for civic and arts organizations. Colbert’s writing has been featured in the The New York Times, Washington Post, Public Books, Metrograph and American Theatre. She has been interviewed on NPR and commented for the New York Times, USA Today, CNN, and the Washington Post. She is an Associate Director at the Shakespeare Theatre Company in Washington, D.C. In addition to Radical Vision, Colbert is the author of Bodies: Theory for Theatre Studies, Black Movements: Performance and Cultural Politics, and The African American Theatrical Body. Colbert co-edited Race and Performance After Repetition and The Psychic Hold of Slavery. Most recently, she served as a Creative Content Producer for The Public Theatre’s audio play, shadow/land. Her research interests span the 19th-21st centuries, from Harriet Tubman to Beyoncé, and from poetics to performance.